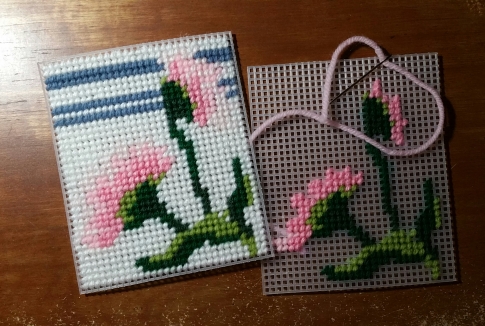 Today, President Trump took to Twitter retweeting some far-right loon, who was banned from facebook, tweeting out a message for Kim Jong Un and praising Putin. The Kim Jong Un tweet rightfully evoked outrage and is disgraceful coming from a U.S. president:

Anything in this very interesting world is possible, but I believe that Kim Jong Un fully realizes the great economic potential of North Korea, & will do nothing to interfere or end it. He also knows that I am with him & does not want to break his promise to me. Deal will happen!

Quite a Saturday morning for a president who should be studying serious US policy issues and actions.  Instead, he was on Twitter trying to be the center of the news cycle and generating negative reactions from the mainstream media and Left.  He never learns and he never actually bothers to focus on anything other than promoting himself on social media and TV.

With President Trump, it’s always about his “popularity” and promoting his reality TV show presidency.  Seriously, he brags about how many “followers” he has on Twitter and perhaps, in the future, looking back on this time in our history,  Trump’s ascent to the highest office in the land will serve as a cautionary tale on the dangers of social media and Reality TV fame.

For the record, my Twitter following was at 51 this morning, so I’m destined to be unpopular and a voice in the wilderness on social media… which suits me fine.  Likewise, this blog is my lost in woods place where I just sit and write my observations.  I thank everyone, who stops by. Comments, even critical ones, are welcome (no profanity and name-calling, please).

After tweeting too much myself last night and this morning about the Clinton corruption, I decided it’s time to actually sit down and read through more of the Mueller report and take notes, like I did when reading through all of the released FBI Notes in 2016 on the Clinton email investigation.

I have been reading about Soviet propaganda since 1980, when I first became interested in this topic.  I had developed an interest in all things Russian in high school, having the luck to have a high school German teacher, who was a retired Army translator. He convinced the school administration to add Russian to our school’s foreign language offerings.  I studied German for 4 years and Russian for two years, but  have no knack for foreign languages.  Spending my adult life around the Army and being a frequent Army post library patron, I often happened upon Soviet-themed books.  My education is piecemeal at best and I am not an expert on anything, but I do know how to bake some pretty good cookies, lol.

Volume I of the Mueller report is filled with fascinating bits of information, but every time I see a redacted box labeled “Investigative Technique”, I experience a sense of disappointment, like I am deprived of the most fascinating aspect of this investigation.  Although, truth be told, I am totally clueless on technology and most of the cyber lingo, so probably wouldn’t understand most of those details anyway. 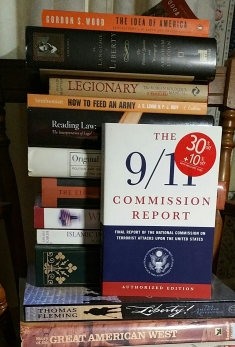 Took a photo of this report sitting it on my kids’ old rocking chair, where I have other books stacked.  The book, Legionary, which shows in the photo above the 9/11 Commission Report is one of my favorites – a sort of tongue -in-cheek “unofficial” Roman Soldier’s manual, filled with an amazing array of trivia and historical tidbits.  Page 6 has the Roman phrase, “conscribe te militem in legionibus. pervagare orbem terrarum. inveni terras externas. cognosce miros peregrinos. eviscera eos.”  (hope I copied that correctly)  The translation is, “Join the legions, see the world, travel to foreign parts, meet interesting and exotic people, and disembowel them.  I laughed out loud when I read that and it brought home to me that there is nothing new in the world  As a young soldier in 1980, I saw a poster that had a similar sentiment that is typical soldiers’ dark humor.  When I read this line, well, I was hooked.

Another odd habit of mine started in my early teens when, in a stack of hand-me-down paperbacks from my oldest sister, I acquired a beat-up copy of the Warren Commission Report. At this point in my life, after decades of pouring through “government reports”, I face new reports with dread, not eagerness to learn some fascinating tidbits.  Reading through the Mueller report is going to take me some time, as I have only read a few pages at a time and am still in Volume I.

This much I have gleaned Trump and his son, Don Jr. are not merely innocent victims of the Clinton smear campaign (which was real).  They were active players, embracing the Clinton spin and smear techniques, while trying to build their own smear merchant network of connections and media friends.  Trump operated the same sort of sleazy gutter politics as the Clintons.  He was massively under resourced compared to the deep-pockets of big donors the Clintons have, but he benefited from the Clintons’ own sleazy primary strategy (here and here) to get their media friends to promote the most extreme GOP candidates, in hopes of being able to employ Bill Clinton’s famous triangulation strategy.  Trump received billions of dollars in free media during the GOP primary, which elevated his profile and created the myth that Trump was  a “winner”.

However, the Mueller report, even in Volume I, which the media and Dems, pushing fevered impeachment dreams, skipped over in their rush to push obstruction of justice, indicates that Don Jr. was openly encouraging contacts with Wikileaks.  He was not a victim.  Wikileaks direct messaged Don. Jr. (page 60) and Don Jr. avidly direct messaged Wikileaks back seeking dirt on Hillary.  I stick to my original assessment since 2015 – Trump and Hillary are the same corrupt, mendacious, ruthless animal.  They will say or do anything to acquire prestige and power.  Neither is morally fit to be president.

I regret tweeting so much last night and this morning, but at least my time on Twitter wasn’t a total waste.  I started another plastic canvas needlepoint tissue box cover and managed to get one side done (photo at the top) and started the 2nd side.  I stitched as I followed Twitter.   This pattern is called In-the-Pink Zinnias, from an old plastic canvas leaflet: