Let me be clear that both LTC Tony Shaffer and GEN Jack Keane gave an accurate military analysis of what’s going on with the Russian airstrikes, but Shaffer was on Megyn Kelly last night and Kelly went on and on about the Russians hitting targets other than ISIS, which is the Obama administration narrative. Shaffer explained the true nature of the targets and laid out the Russian moves objectively.  GEN Keane, likewise explained the military moves objectively with Chris Wallace  on Sunday.  Look at both maps in the background, both from the Institute for the Study of War.  The map on the Kelly show has that entire rebel area where the bulk of the strikes occurred as solid yellow which is the rebel controlled area, not ISIS.  The map with General Keane shows ISIS areas in green ISIS-controlled areas within that yellow rebel zone and the largest Russian target area is a green area to the north of the regime-controlled area.  The Kelly show is the more recent aired show with the less accurate map – why? 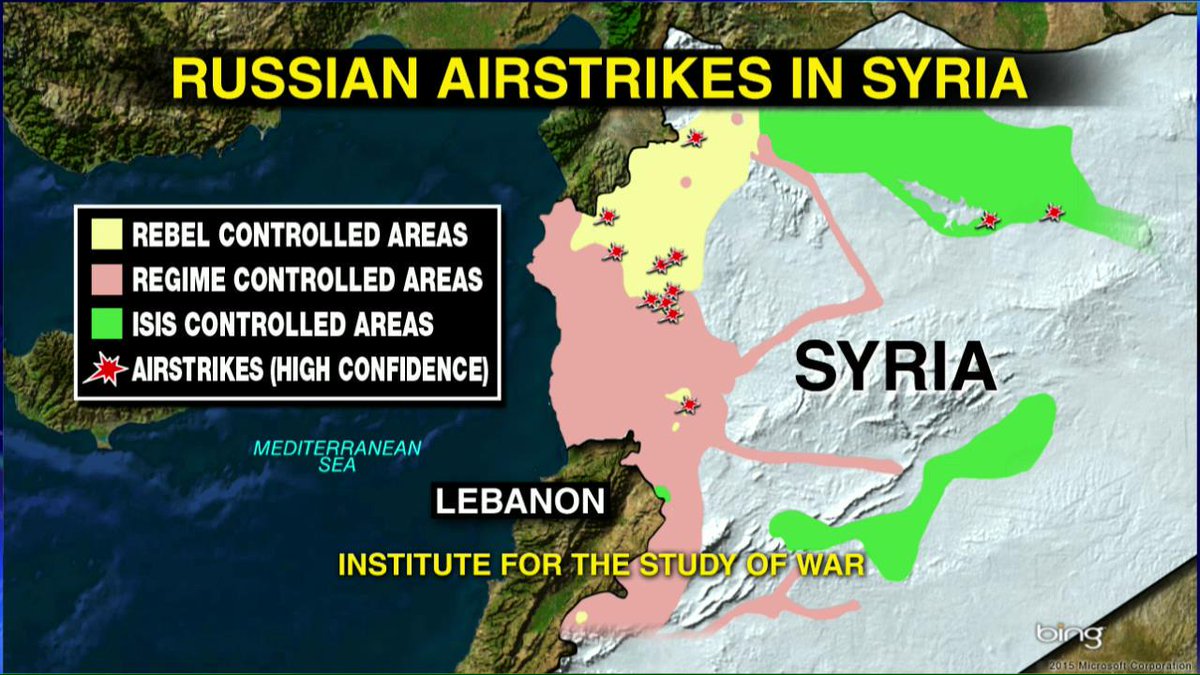 10 responses to “Propaganda at work?”