Just saw this on Twitter and while it’s hard to determine factual information on any of the social media formats, because the formats themselves are run very corruptly, this is the sort of media collusion that CNN and other “news” networks in America ran to help  Hillary.  CNN doctored a photo removing the word “Crooked” from a screen shot of a Trump tweet, CBS edited Bill Clinton’s statement during an interview to change the context of his statement and Wikileaks has provided numerous email leaks of collusion between reporters and the Clinton campaign.  Here’s this one this morning on Twitter: 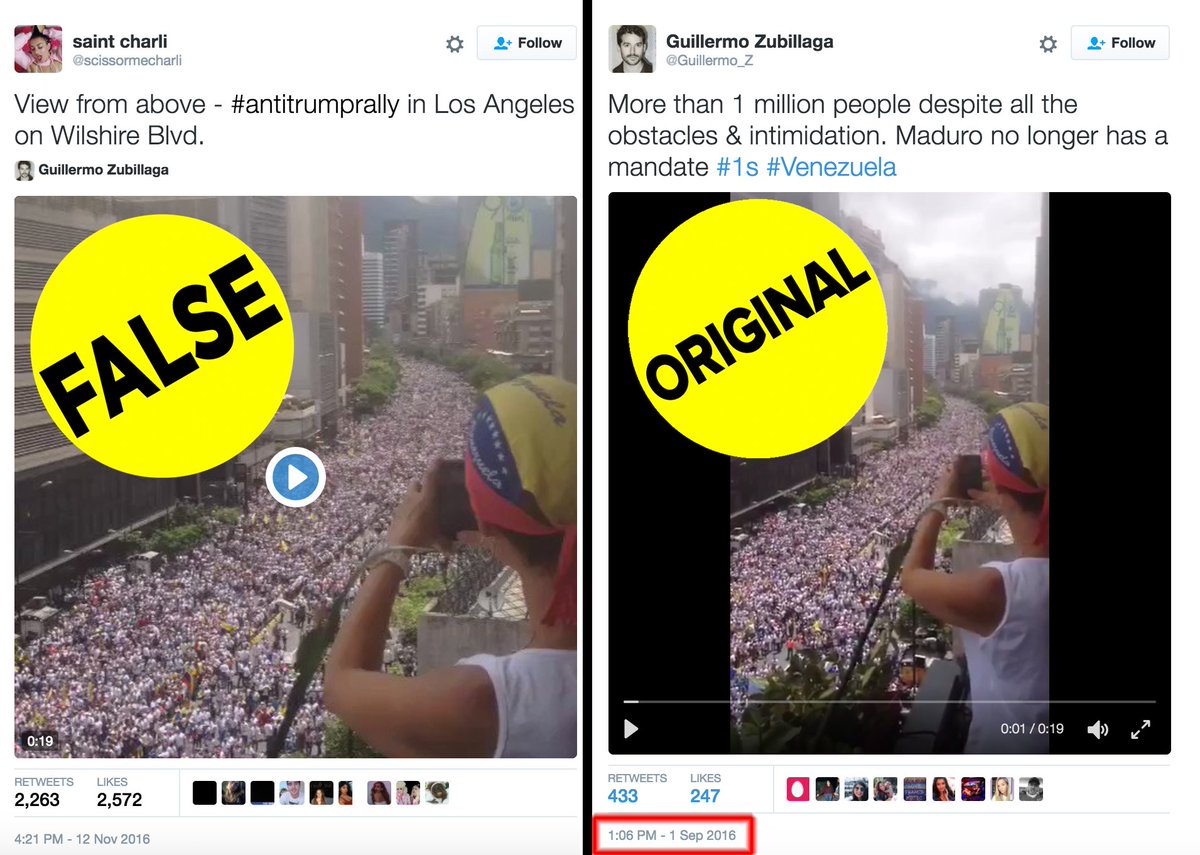 Yes, like I said, it’s hard to get to the facts and real ground truth when social media sites also finagle with user content and censor, to promote Leftist political ideology, causes and candidates.  Even search engine algorithms are reportedly altered to change results – all to promote political agendas.

If the above photo was posted and is of Venezuela, then the intent would seem to be to promote the perception that the protests against Trump winning the election are some huge groundswell and not a few discounted, rabid, angry Leftist loons.  More of the SPIN mentality to create an illusion that this “massive” protest expresses the “will of many American people”.

Of course, in the world of the Left, it doesn’t matter if the photo really is from Venezuela, because many on the Left want anyone in the world to be able to vote in America…