In search of Dem Spin trail of breadcrumbs

Jot this tweet down under tantalizing speculation, as we await more information on the bizarre dropping of all charges against the actor, Jussie Smollett, who was accused of faking being the victim of a hate crime:

None of this is normal—even for Crook County where I was an Assistant State’s Attorney. Educated guess: this hoax implicated someone very important who had pull with the State’s Attorney, and who very badly did not want to be implicated. 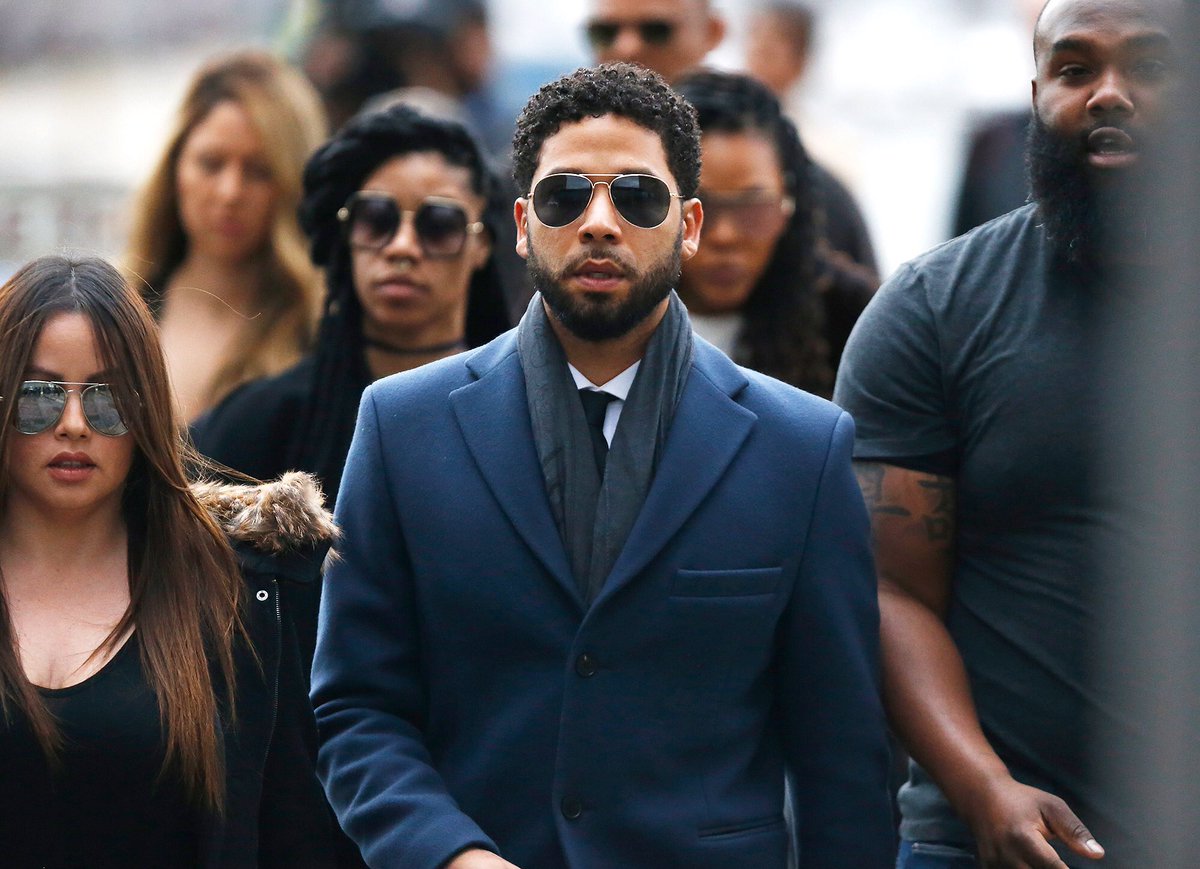 Terry MoranVerified account@TerryMoran
Celebrity justice: Cook County clerk’s office tells @ABC they were shocked that no written motions were filed with the court in…
1:02 PM – 27 Mar 2019

Before recusing herself from the case in mid-February, Foxx exchanged texts with Michelle Obama’s former chief of staff, Tina Tchen, a close friend of the Smollett family.

Tchen, 63, sent a text to Foxx three days after Smollett, an actor on television’s “Empire,” claimed he was the victim of a hate crime, saying that she wanted to set up a phone call to discuss the case.”

In dropping the case,  Smollett’s public service was cited as justification, so it’s interesting that Chicago political heavy hitter, Jesse Jackson, came to bat for Smollett:

“Jussie Smollettlogged a total of 18 hours of community service over 2 days — with Jesse Jackson‘s organization, the Rainbow PUSH Coalition — and that was enough to satisfy prosecutors in Chicago.

Honchos at Rainbow PUSH — a civil and human rights organization — tell us, Jussie volunteered for the first time Saturday, putting in 8 hours from 10 AM  to 6 PM. He just completed another 10 hours on Monday.

We’re told Jussie’s “service” included stuffing membership envelopes, working in the group’s bookstore to sell merchandise … and critiquing its Saturday broadcast. We’re told he helped them with camera angles, and also worked with the music director on a plan to build the choir.”

A key fact in the initial reporting was Smollett’s allegation of being attacked centered on his attackers being MAGA hat-wearing thugs, which turned this story into another massive media anti-Trump spin effort.  Don’t know about this case implicating “someone very important” specifically, but obviously Smollett has connections to some pretty powerful Chicago political players… with a former Obama aide and Jesse Jackson going to bat for Smollett.

This situation should go in the “stay tuned” file, for sure, as we try to track down the trail of breadcrumbs left by Dem spin operatives and fixers …

This Smollett, dare I use the term, “narrative” smells so much like other Dem SPIN narratives meant to smear Trump and his supporters, that one wonder if Smollett wrote this script alone or if he was collaborating with some  professional Dem SPIN writers?

“Sources said the brothers are now cooperating with police.

Smollett has said two men attacked him while he was walking home around 2 a.m. on Jan. 29. He claimed they yelled racial and homophobic slurs at him, beat him, poured a chemical on him and put a rope around his neck.

Sources told CBS 2 News that Smollett paid the two men $3,500 to stage the attack in Streeterville. The brothers, seen on surveillance video near the scene of the alleged attack, told investigators Smollett directed them to buy the rope used in the incident, and paid for the purchase at Crafty Beaver Hardware Store in Ravenswood days before the incident.

The brothers, who were questioned by police last week before being released, were paid $3,500 before leaving for Nigeria and were promised an additional $500 upon their return.

They left for Nigeria later in the day on Jan. 29, after the attack.

Sources said one of the brothers held the rope and poured bleach while the other wore a plain red hat and yelled slurs at Smollett.

The sources say the red hat was bought at an Uptown beauty supply store and that the attack was supposed to happen before Jan. 29. The brothers told detectives the three men rehearsed the attack days prior to it happening.

All three men rehearsed their plan just days before everything played out.”

There was a rehearsal, professional actor, stage props purchased days before the attack, which makes one wonder if Smollett wrote this script alone or if he had assistance?  Was Smollett the sole creator of this MAGA SPIN hoax or was he just the actor recruited to play the lead role?

9 responses to “In search of Dem Spin trail of breadcrumbs”